Ah, Don Beech. Where did it all go wrong? This suave, charismatic detective seemed to tick all the right boxes when he first showed up. For a while, it didn't look like he was anything worse than a tough-nut copper who would bend the rules, and consort with criminals, when cases demanded it. But you can't mingle with the underworld without some of the dirt rubbing off on you, and before long Beech found himself taking bribes from a prominent mobster.

Thus began his slide into the dark side, and his growing criminal activities led to a shocking confrontation with his mate DS Boulton - a confrontation which led to the latter's death. Feeling the heat of internal investigators, Beech eventually did an epic runner and started a new life in Australia, where his dodgy dealings escalated even more. More murky shenanigans followed, with Beech faking his own death, and then attempting to mastermind a massive diamond heist. Wily to the last, he ultimately evaded justice, going on the run for good.

Where Beech was cold and calculating, Eddie Santini was the opposite: a hothead driven by ugly urges. What they did have in common was charm. Santini, in particular, knew how to deploy his dark, handsome looks like a weapon. And, to be fair, the man had his good points. He took down his share of baddies, and even pulled out all the stops to bring an Arsenal player to meet a young hit-and-run victim. But then he had to go and ruin it all by being a ghastly sexual predator and sadistic stalker.

The object of his fixation was fellow copper Rosie Fox, whom he almost raped after they went undercover together. That wasn't all: he then mounted a vicious campaign of harassment against Rosie, and turned others against her. His descent continued when he became embroiled with drug dealers, and his irresponsible antics led to the death of his ex-girlfriend. Santini eventually got what was coming to him, when she was executed by a gangland hitman.

Des Taviner is the odd one out of this bunch of bad apples. Unlike the others, he wasn't a pathologically crooked copper, and he certainly didn't MEAN to do terrible things. But that's what made his fate all the more tragic. An apparently good cop who struck up such a touching friendship with Sun Hill oddball Reg Hollis, Des Taviner threw it all away when he decided to pocket a bundle of cash he'd confiscated from a drug dealer.

He only did it because he wanted to contribute money to a memorial fund for a recently killed colleague. But when it transpired the notes were counterfeit, Taviner became desperate to get rid of the evidence. During a vicious race riot, he grabbed one of the protestors' petrol bombs and hurled it into the office where the money was - not realising gas canisters were being stored there. The ensuing fireball claimed the lives of several Sun Hill regulars, and Taviner was forced to frame someone else for the crime. Later, after more misdeeds - including the deranged kidnapping of a fellow copper - Taviner was eventually beaten to death in a police cell. A sad end to a fatally flawed man.

Beech and Santini were bad, but they had nothing on Gabriel Kent. When it came to sheer, remorseless, twisted villainy, Kent was an unsurpassed maestro, and quite obviously the single worst cop ever to stalk the corridors of Sun Hill. His CV is so jam-packed with evil acts, it's hard to know where to begin. There was his vendetta against poor June Ackland, for one thing. He seduced her into a relationship, then falsely led her to believe he was her son and she had committed incest.

But Ackland got off lightly compared to PC Kerry Young, whom Kent raped and then murdered. He was also a co-conspirator in a series of lethal sniper attacks in Sun Hill. And... well, we could go on. The bottom line is, Gabriel Kent was little more than a monster in a police uniform, and his eventual suicide didn't come a moment too soon. 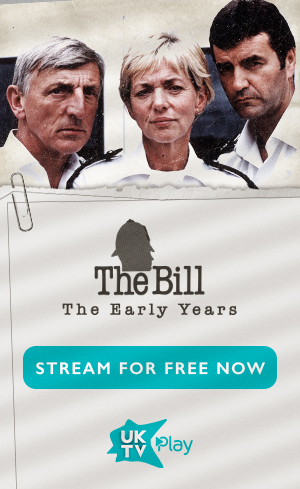 Relive the excitement and mystery of Jonathan Creek, as the trick master turns detective.

The Bill From The Very Beginning

What you need to know about Britain’s most famous police series.